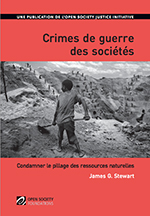 French version of a detailed exploration of the law governing pillage of natural resources for war crimes prosecutors, judges, governments and civil society, which formed the basis of an international conference on the topic co-sponsored by the Dutch and Canadian Ministries of Justice between 29 and 30 October 2010. See www.pillageconference.org. 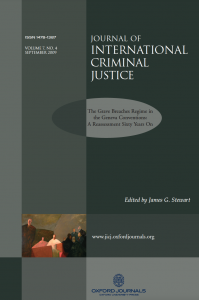 This Article appears in an edited volume involving leading commentary on the grave breaches regime of the Geneva Conventions. I argue that there are three possible futures for the grave breaches regime: (a) continued segregation from other categories of war crimes in deference to the historical development of these crimes; (b) assimilation with other categories of war crimes, ideally through the promulgation of a more coherent treaty regime; and (c) abandonment because grave breaches entail troublesome technicalities with only marginal substantive added-value. I conclude that these war crimes will persist in a tension between these poles. 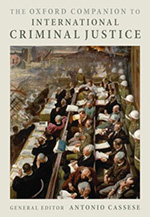 This article was awarded the La Pira Prize in 2006 for best article by a scholar under the age of 35 years. The paper concludes that there is a striking resemblance between allegations made of detention practices at Guantánamo and many of the scenarios that gave rise to individual criminal responsibility for unlawful confinement as a grave breach of the Geneva Conventions in other contexts. As such, I gently emphasize the need to rethink the legal basis for detention at Guantánamo and point to the troubling risks of individual criminal responsibility for purporting to develop international humanitarian law through unilateral changes in policy rather than formal international law-making processes.

This article was cited with approval by the Special Court for Sierra Leone and the Appeals Chamber of the International Criminal Tribunal for Rwanda in the decision to take judicial notice of the Rwandan Genocide. It argues for great use of judicial notice in international criminal justice as a means of overcoming the need to prove background contextual elements of international crimes, such as the existence of an armed conflict, especially when they are common knowledge and previously adjudicated.

This article argues for the abolition of the distinction between international and non-international armed conflict in the laws of armed conflict, by highlighting the current dichotomy’s failure to cope with conflicts that contain both elements, namely, internationalized armed conflicts. The article was cited within the International Criminal Court’s first judgment, was listed as one of four documents of interest on the ICRC’s main international humanitarian law webpage, and is translated into Arabic, Spanish and Russian.